The Southern Threshold: The Loop 2 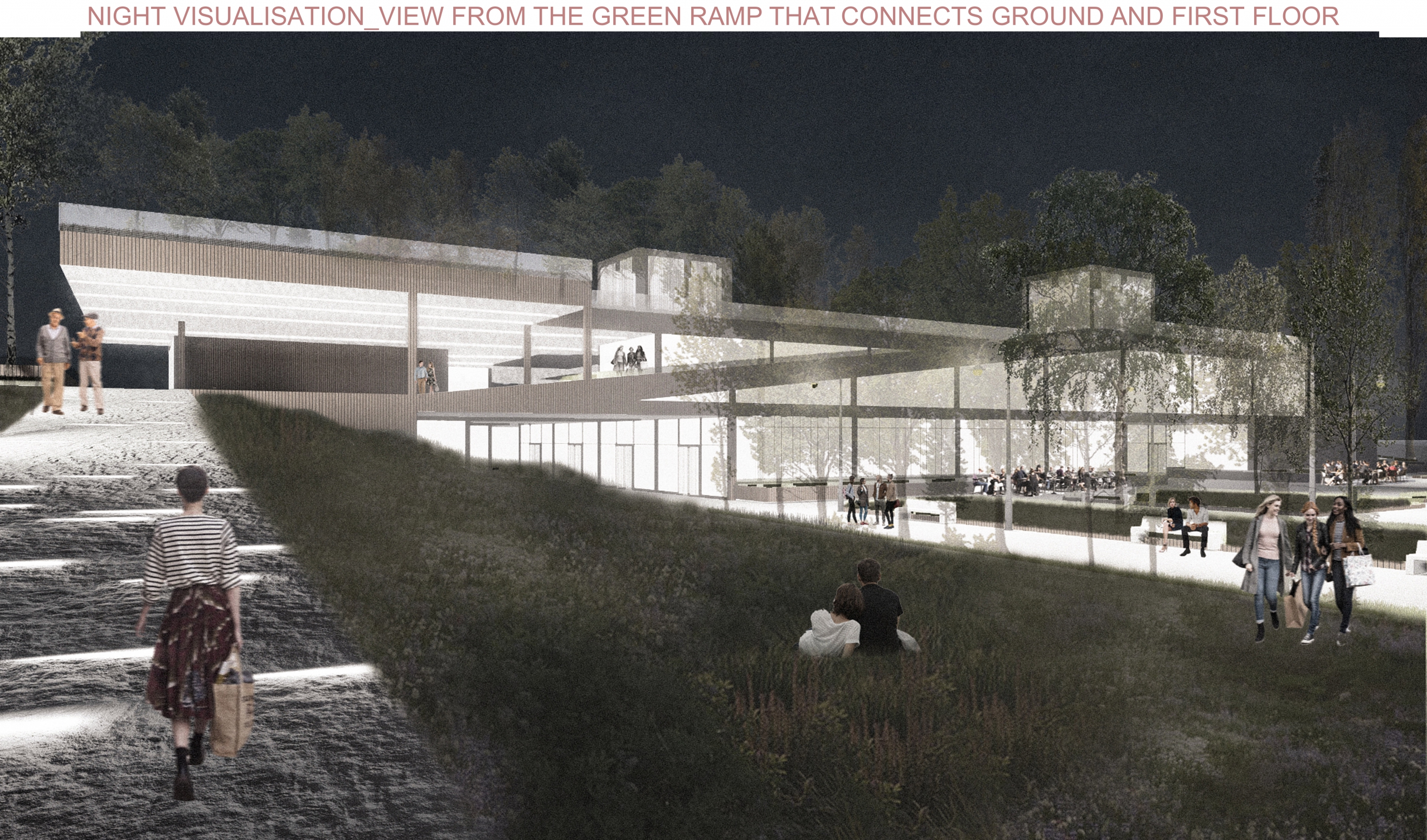 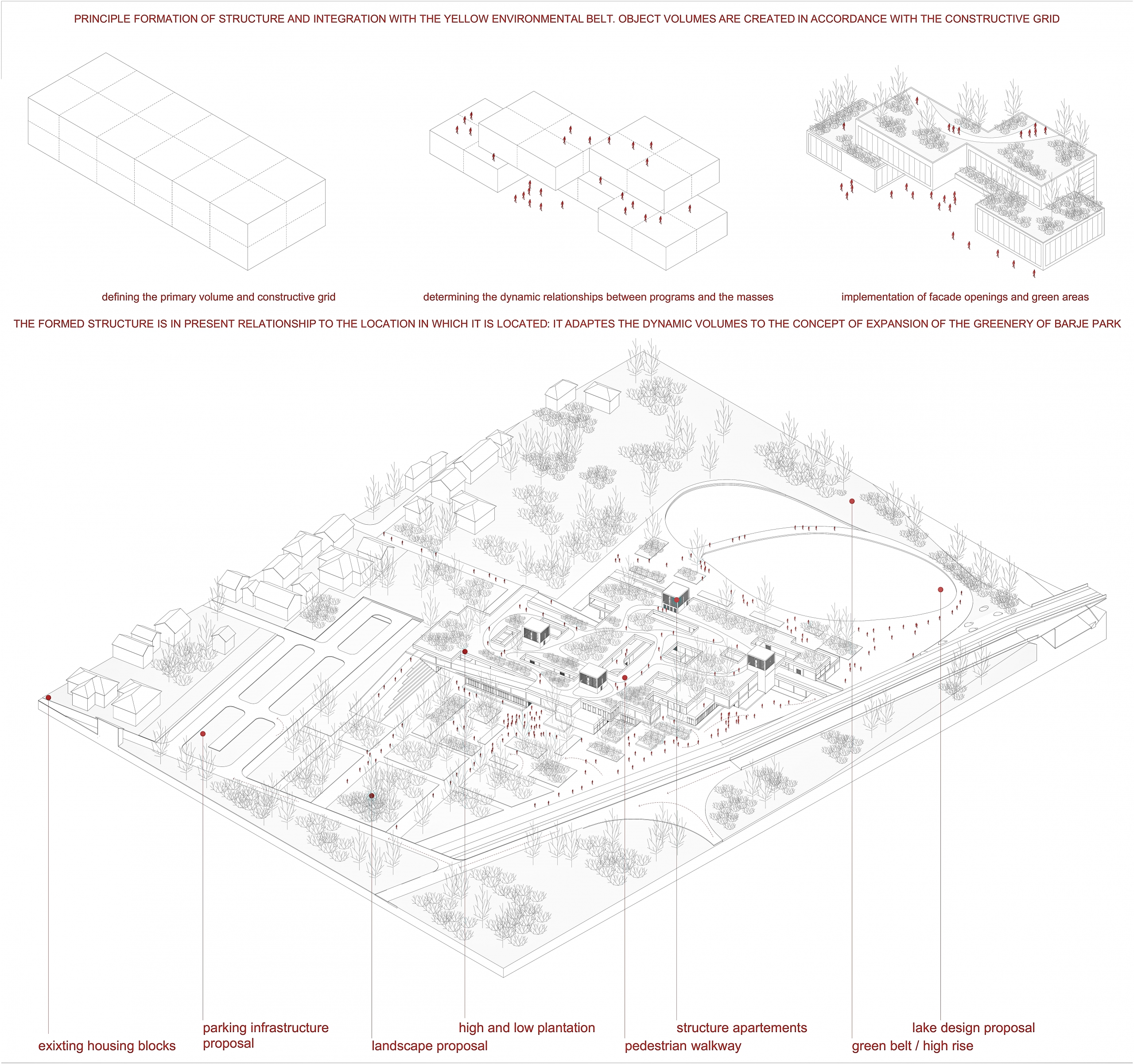 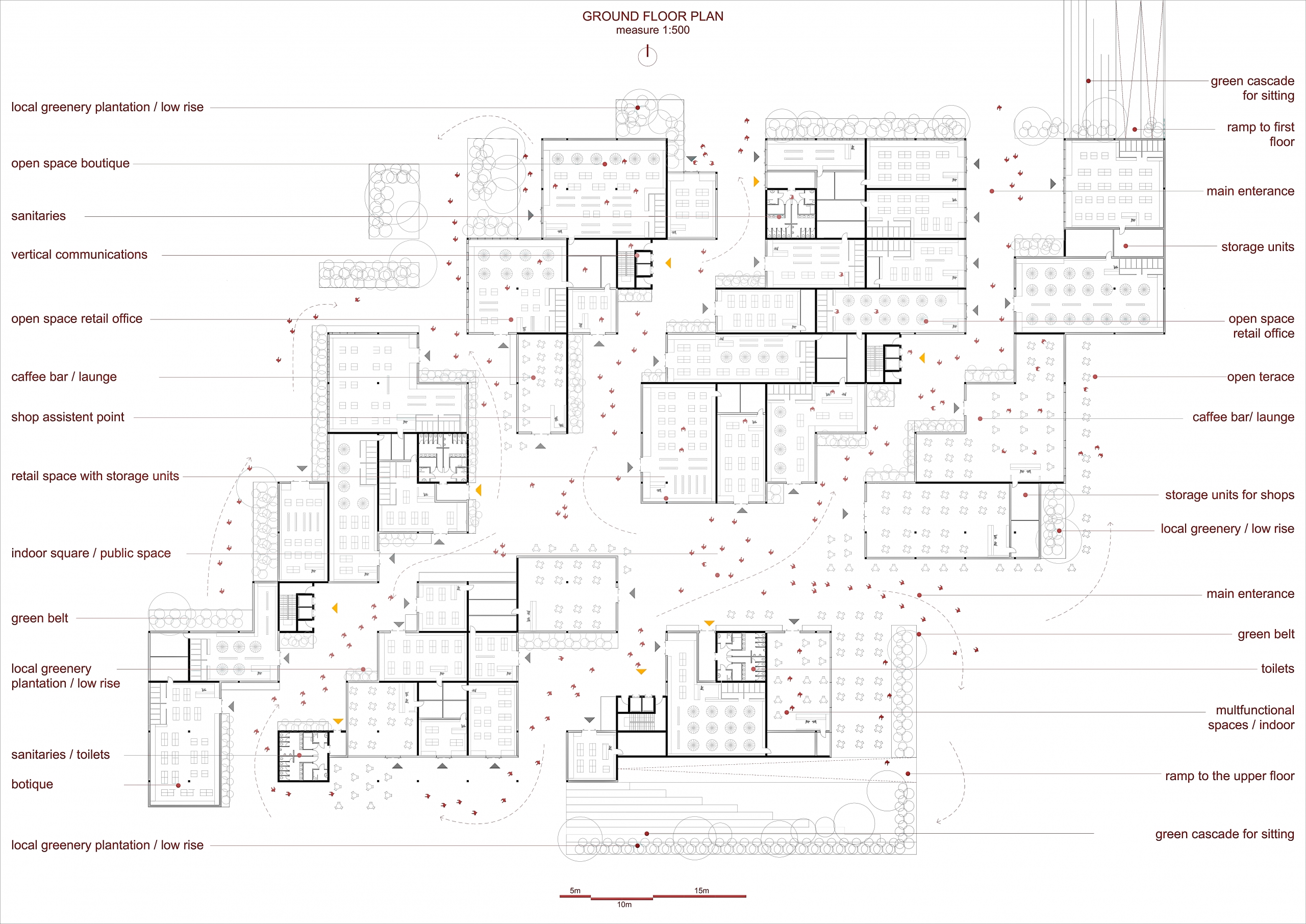 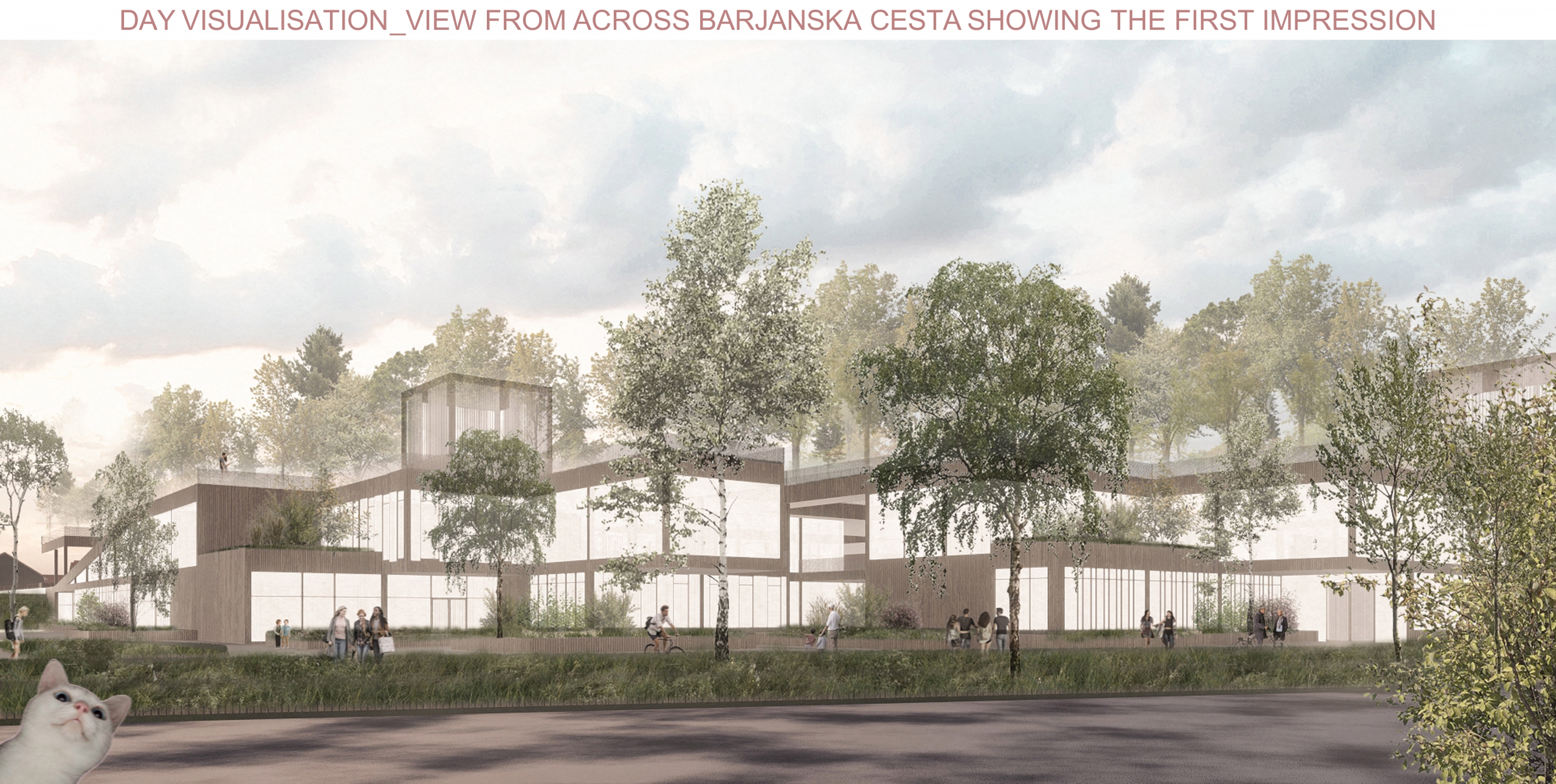 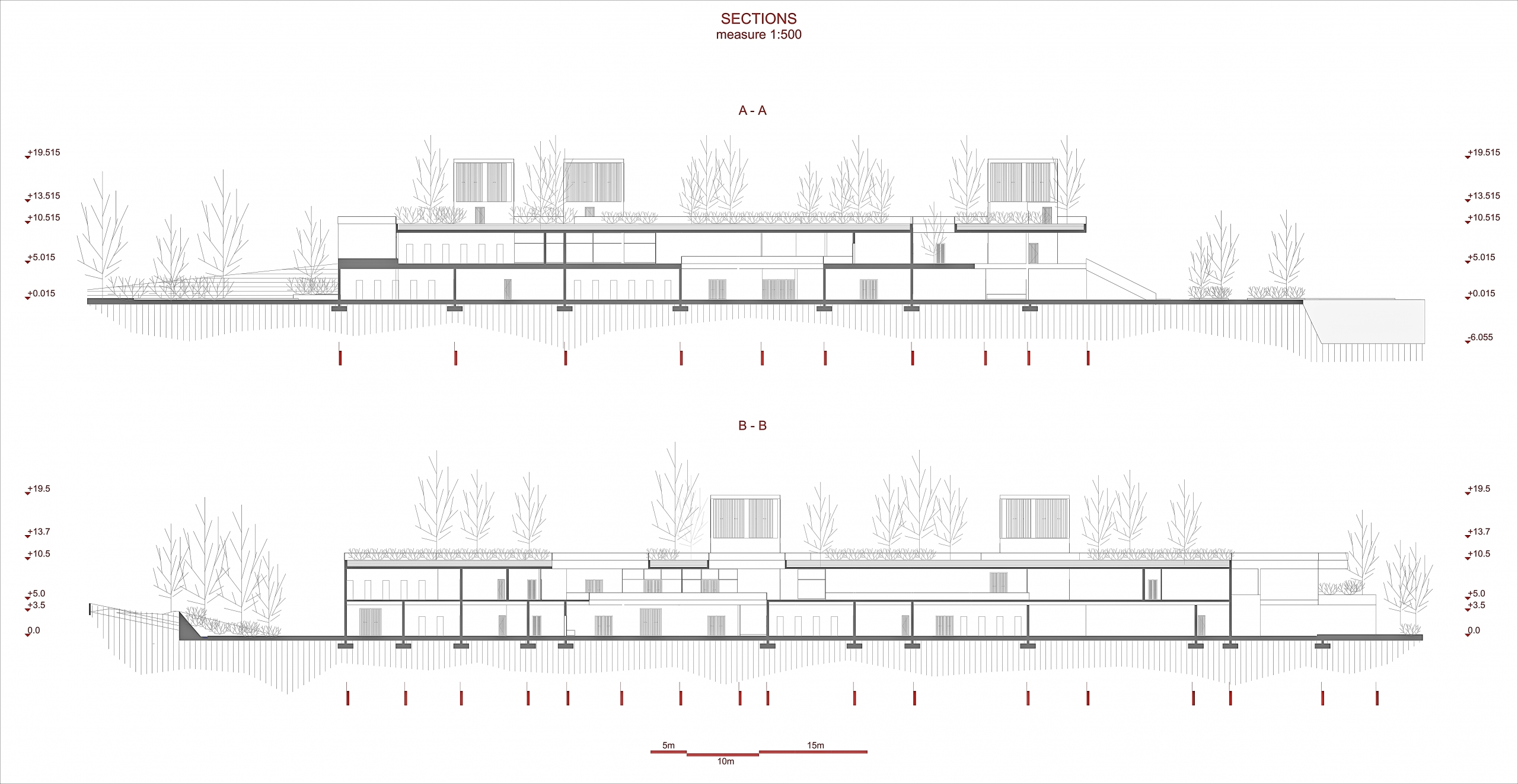 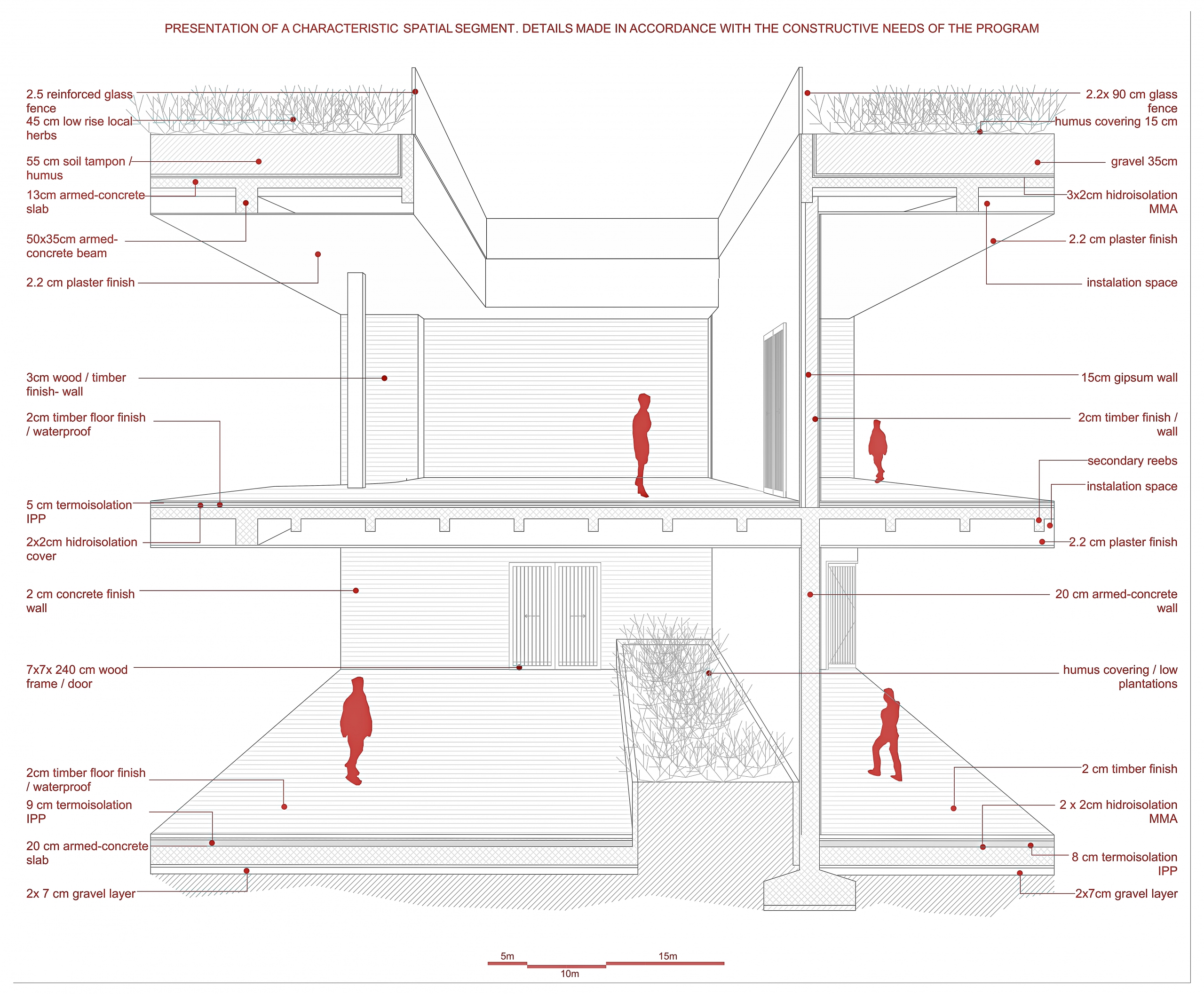 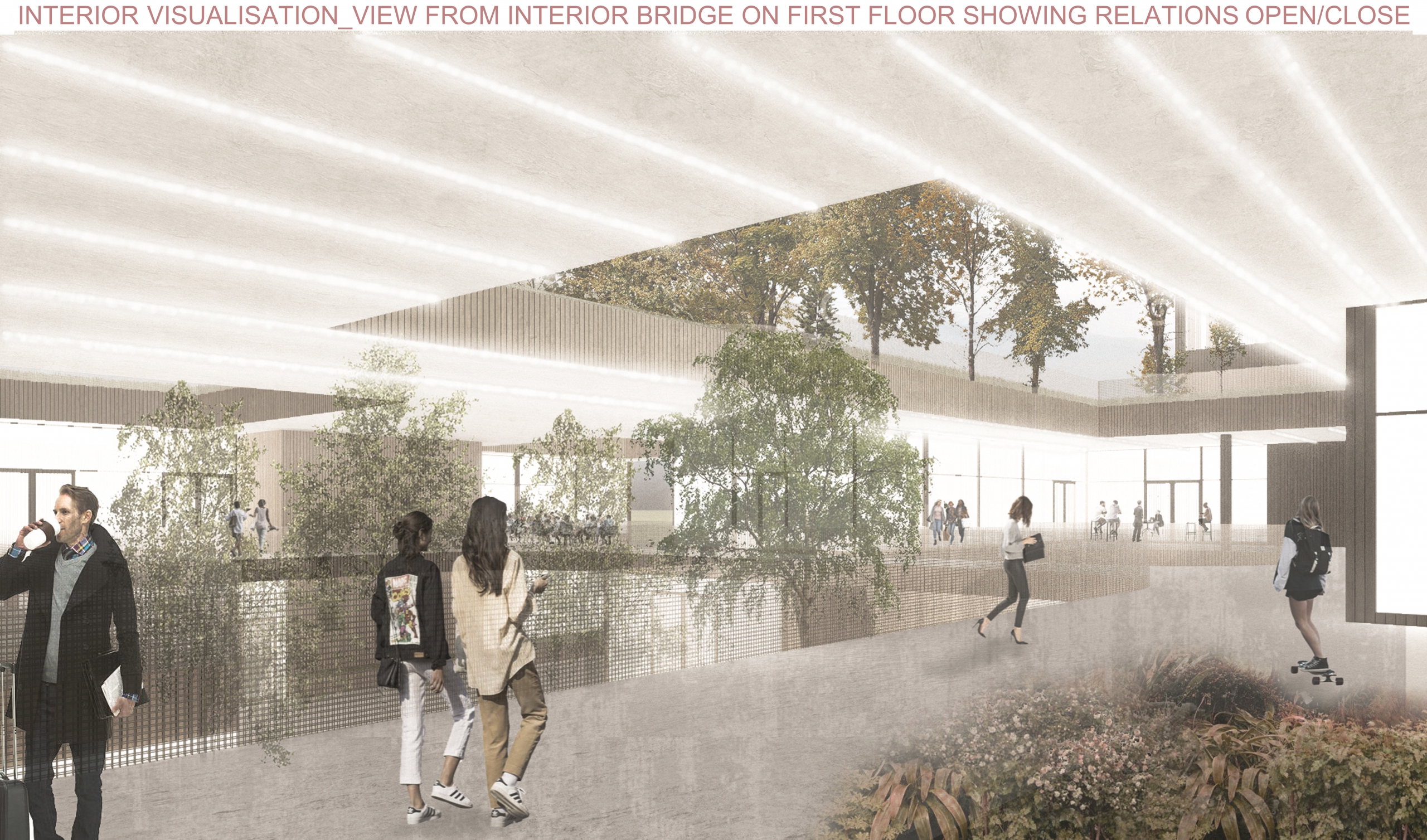 The project of the hybrid commercial center is determined by a strong connection with the existing green areas of Barje Park and residential houses in the east of the location. Located at the southern gate of the city of Ljubljana, near the main intersection, the facility is trying to redefine the term shopping center. Starting from the fact that the programs themselves do not belong to conventional patterns, to the dynamic form determined by the cubes and dense greenery, the house strives to form a system of hybrid functioning.

As we approach the location, the biggest impression is left by the dominant cover of the shime on the roof of the structure, which represents a kind of extension of Barje Park. Within the framework of this intervention, there are contents of sales, catering, relaxation and residential character. On the whole, they form a unique coherent structure that aims to provide users with as pleasant a stay as possible for several hours.

The spatial concept is reflected in the imitation of the surrounding architectural structures, ie their logic, which ultimately belongs to the broader picture of the city periphery. The city in a nutshell is just one of the names for the dynamic arrangement of functional degments, which maintain unusual relations. People move through the space, gradually realizing its characteristics, the relationship between green areas and programes. The views offered by the building open up to the surroundings, the artificial lake (which is created in response to the problem of the winter flooded locality) and the cultivated landscape.

The Southern Threshold: The Loop 1

The Southern Threshold: Through the Frame