The Southern Threshold: The Loop 1 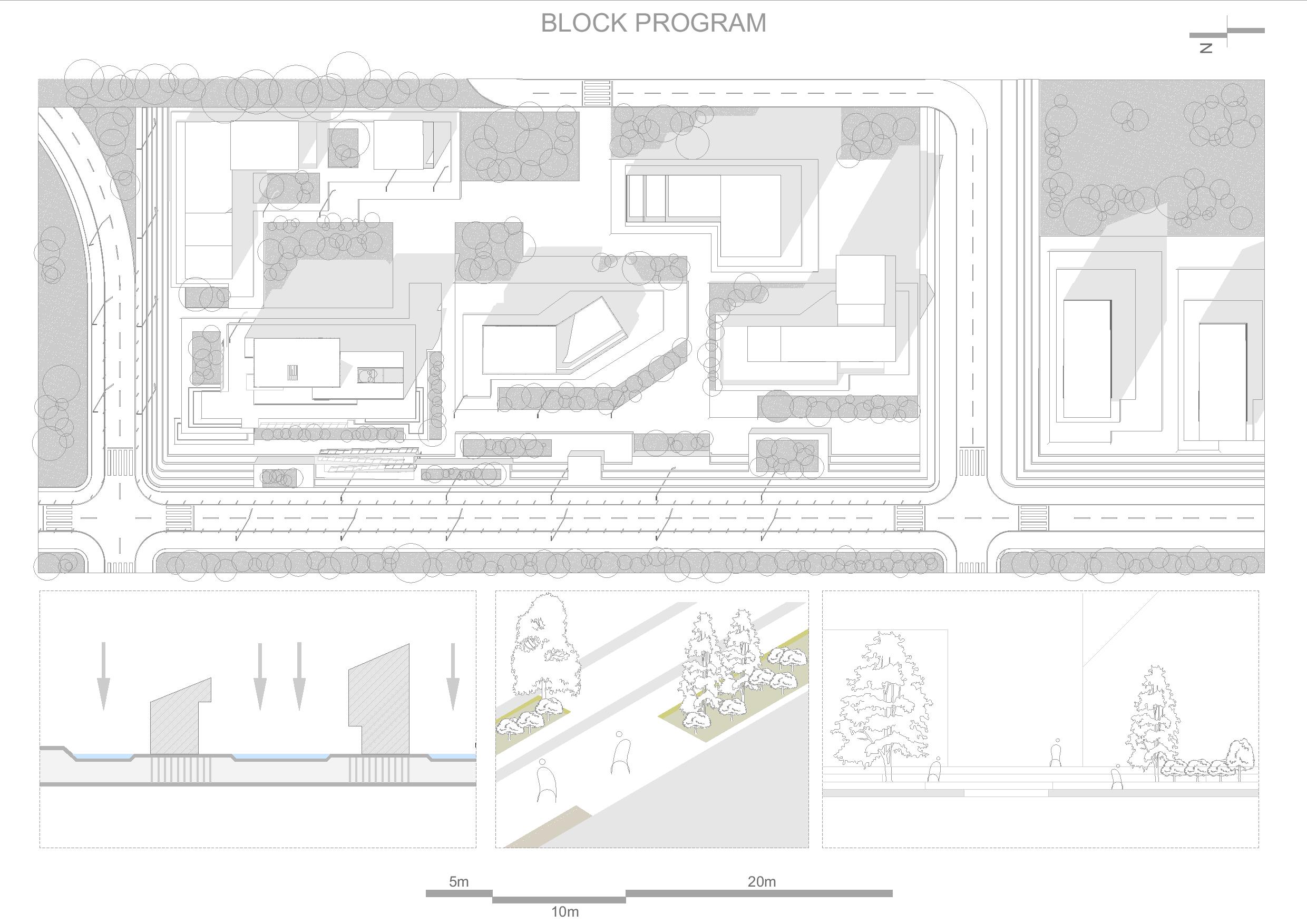 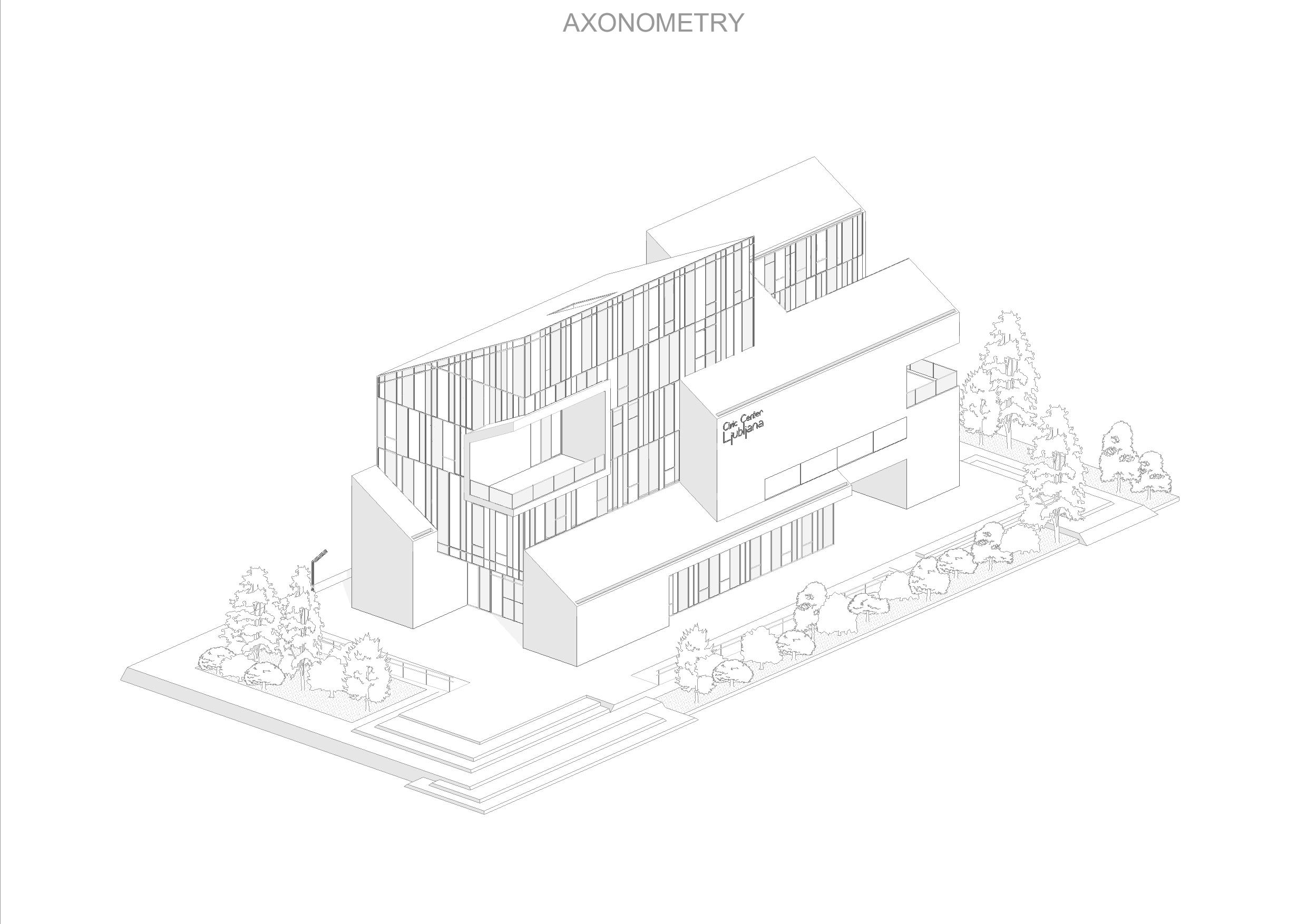 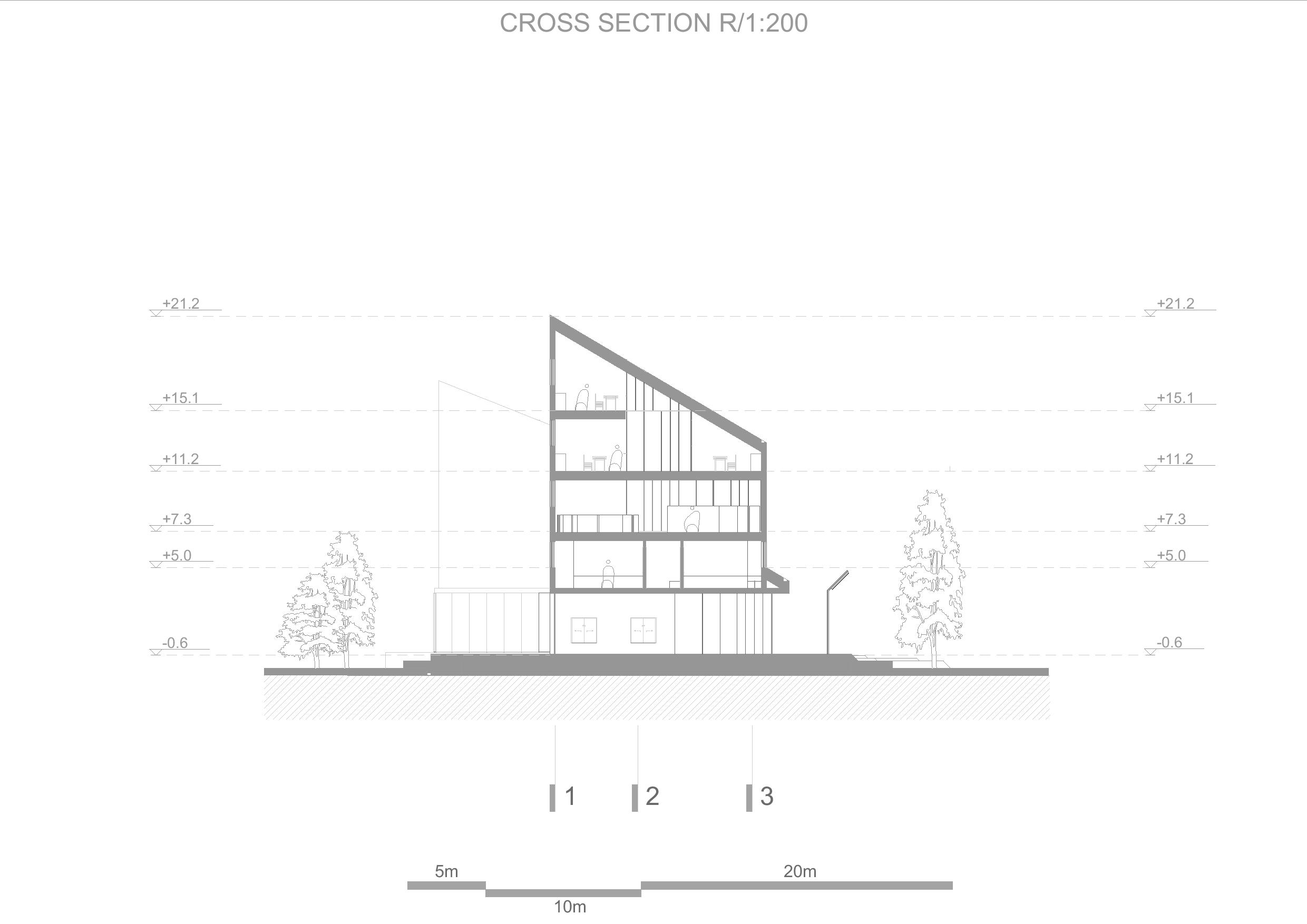 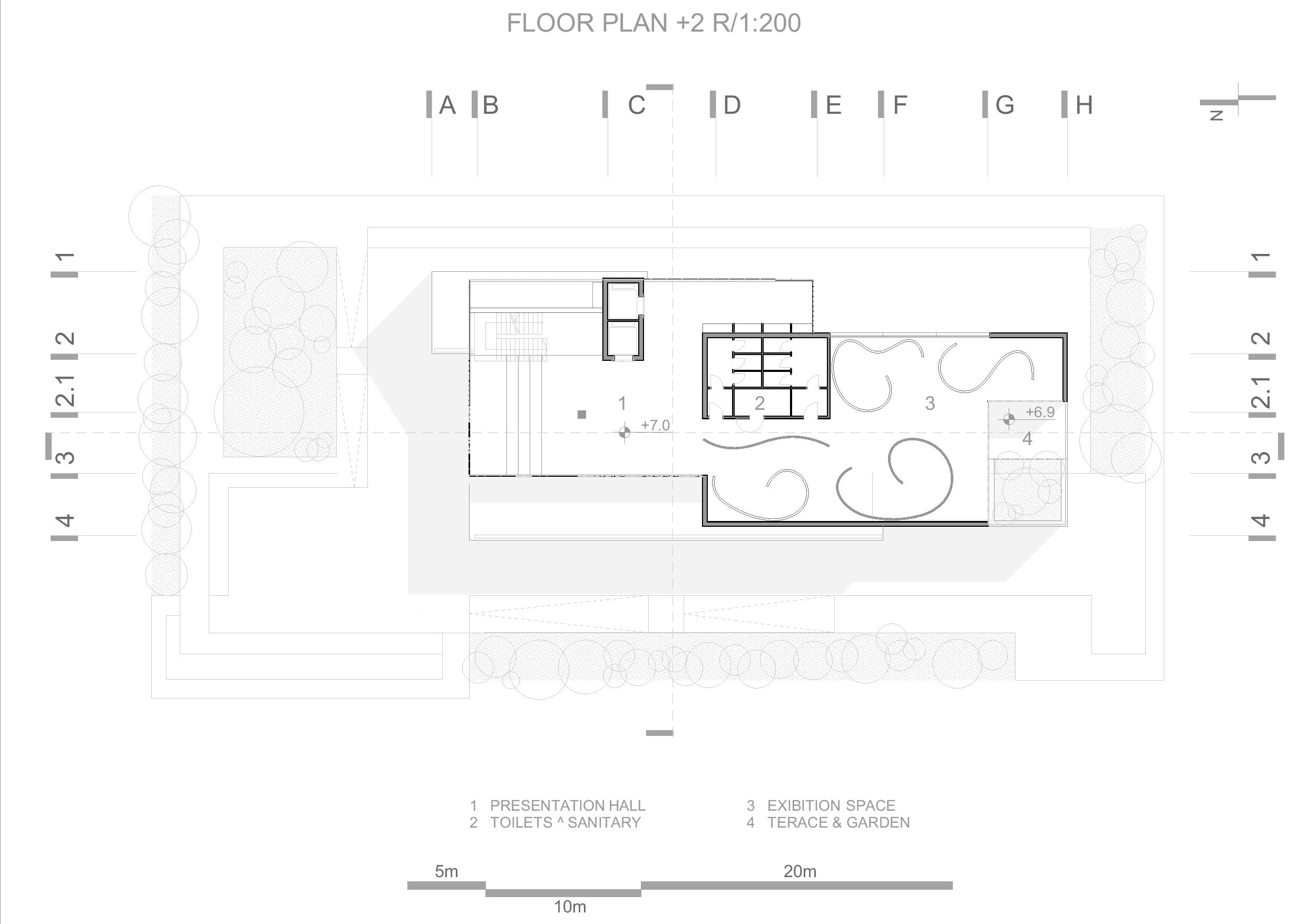 The project of the civic center is determined by the dominant corridors of the Barjanska cesta and the main road on the north and west sides, while the eastern contact zone is dedicated to the existing housing. Taking into account the issue of the site on which the future cultural core of Ljubljana is located, the complex is divided into three buildings. The dominant structure at the entrance to the city is dedicated to museum programs, while the remaining two structures are dedicated to local artists, their workshops, exhibition spaces and public open spaces.

The first of the characteristic features the denivelated space in relation to the corridor of Barjanska cesta and the marsh land that floods in the winter periods of the year. The author of this solution recognizes this location as a space full of potential, so he decides to cultivate this incompressible wilderness. By articulating the existing Roman water canals located in the immediate vicinity of the site, a scheme of paving and canals was formed, which enables the functioning of the facilities during all periods of the year.

The spatial concept that determines the volume distribution and constructive characteristics of buildings is closely related to the indigenous species that enrich the local landscape. By distributing the green zones along the horizontal and vertical axes, we arrive at an illusory block monostructure. Users of this space can move freely between buildings, use their open terraces, transformable spaces both inside and outside. The architecture of the buildings is determined by the flexible wooden construction of the skeleton and visible infrastructural elements, which makes the house easy to see in dense vegetation.

The Southern Threshold: The Loop 2