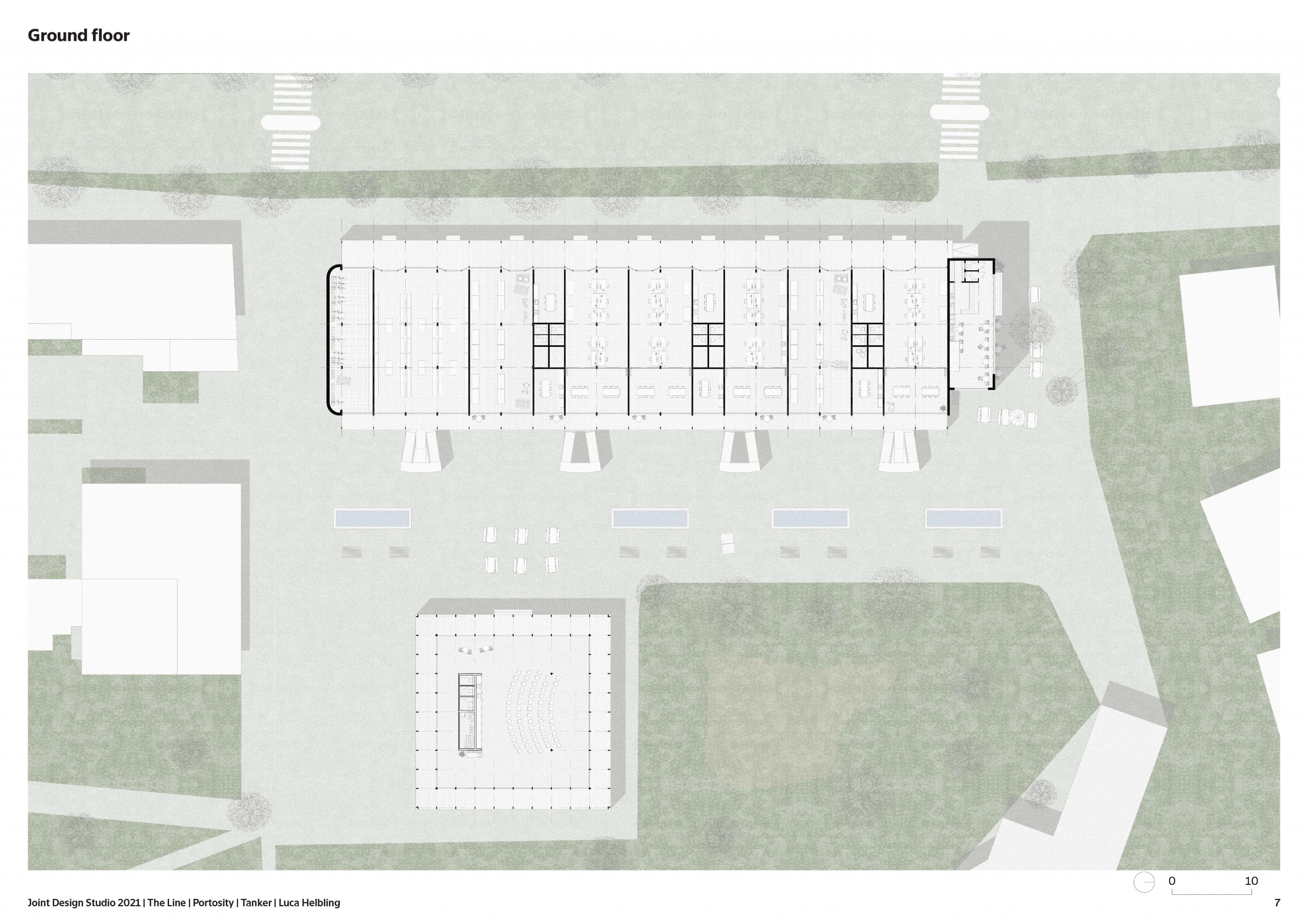 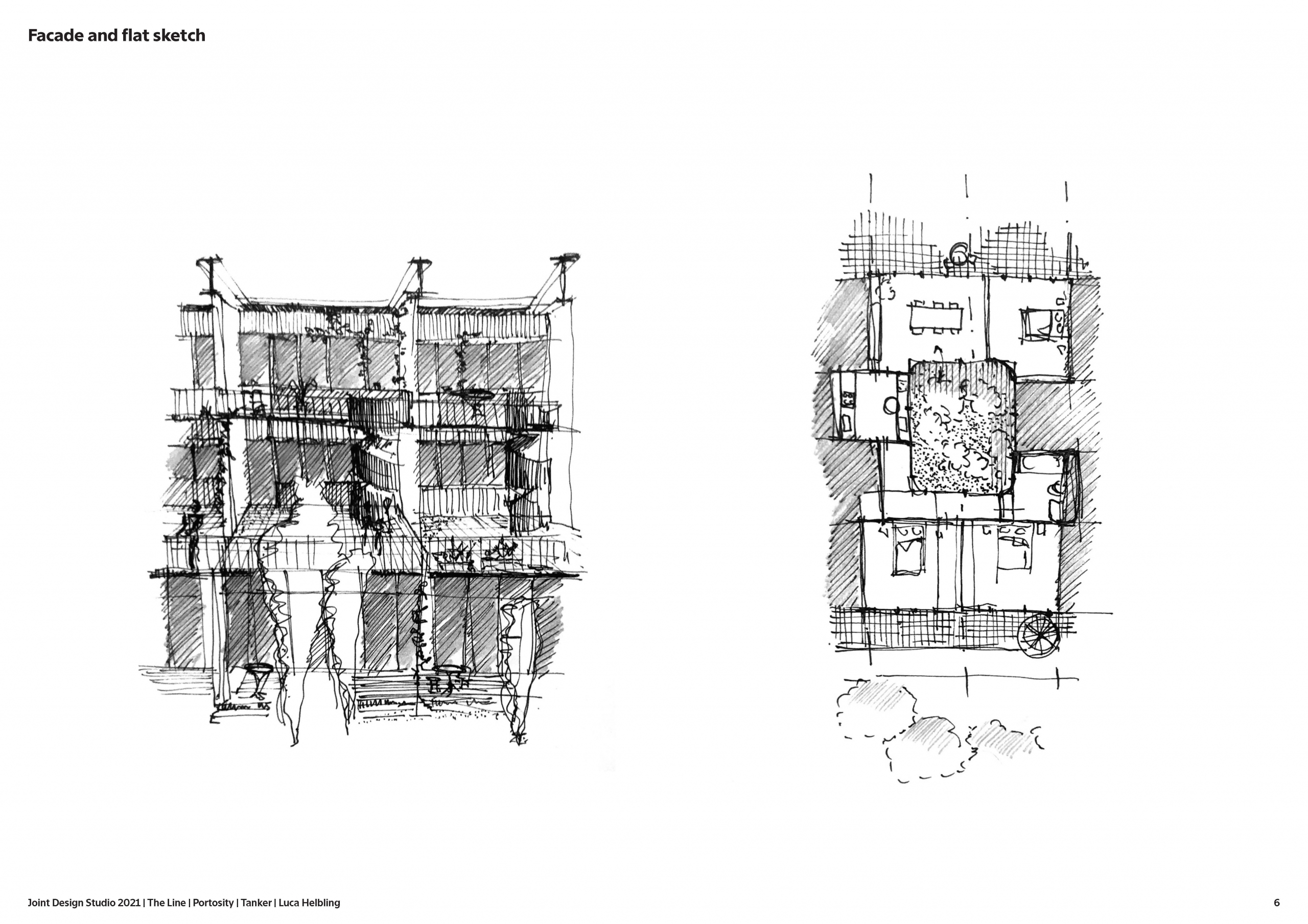 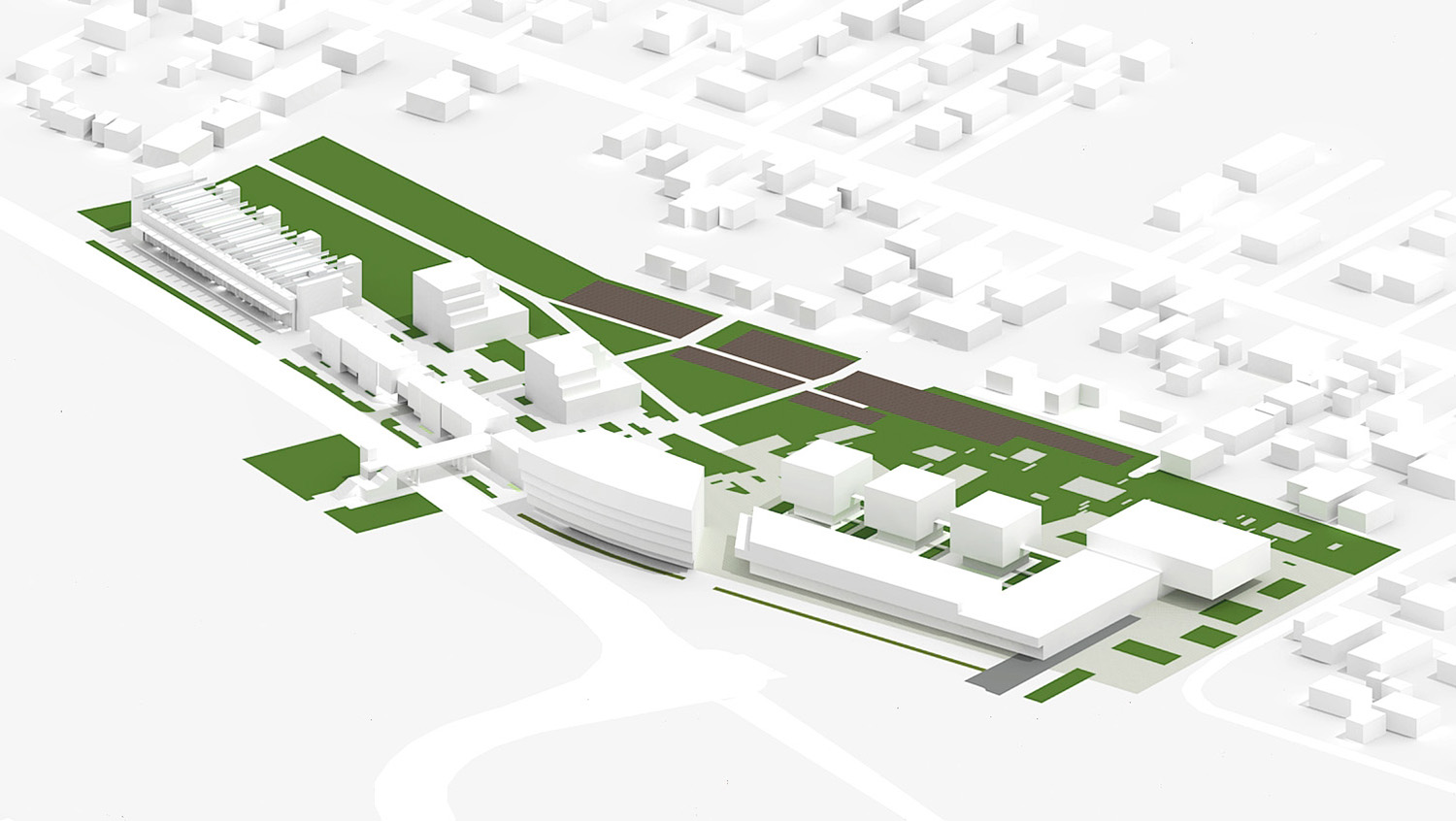 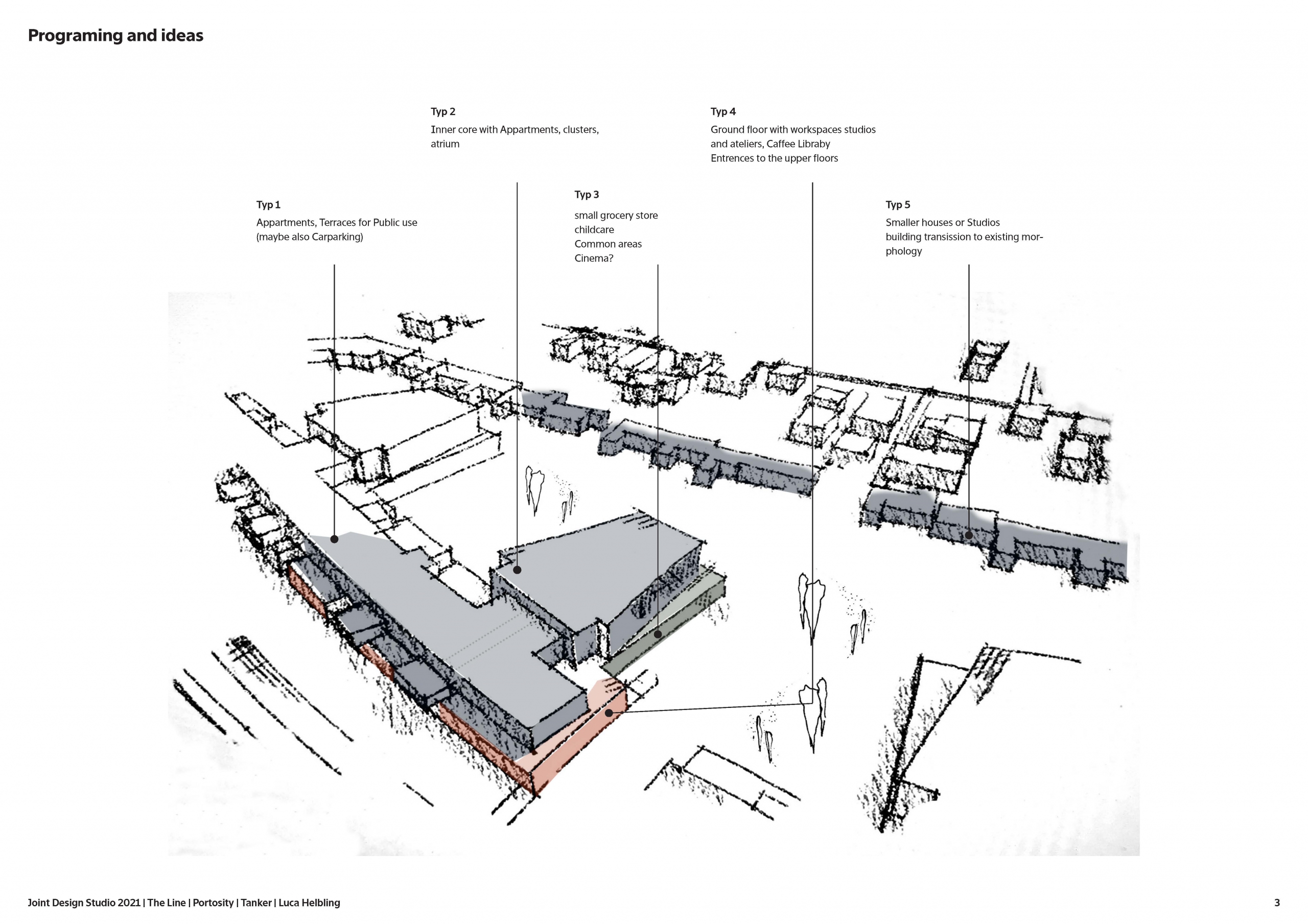 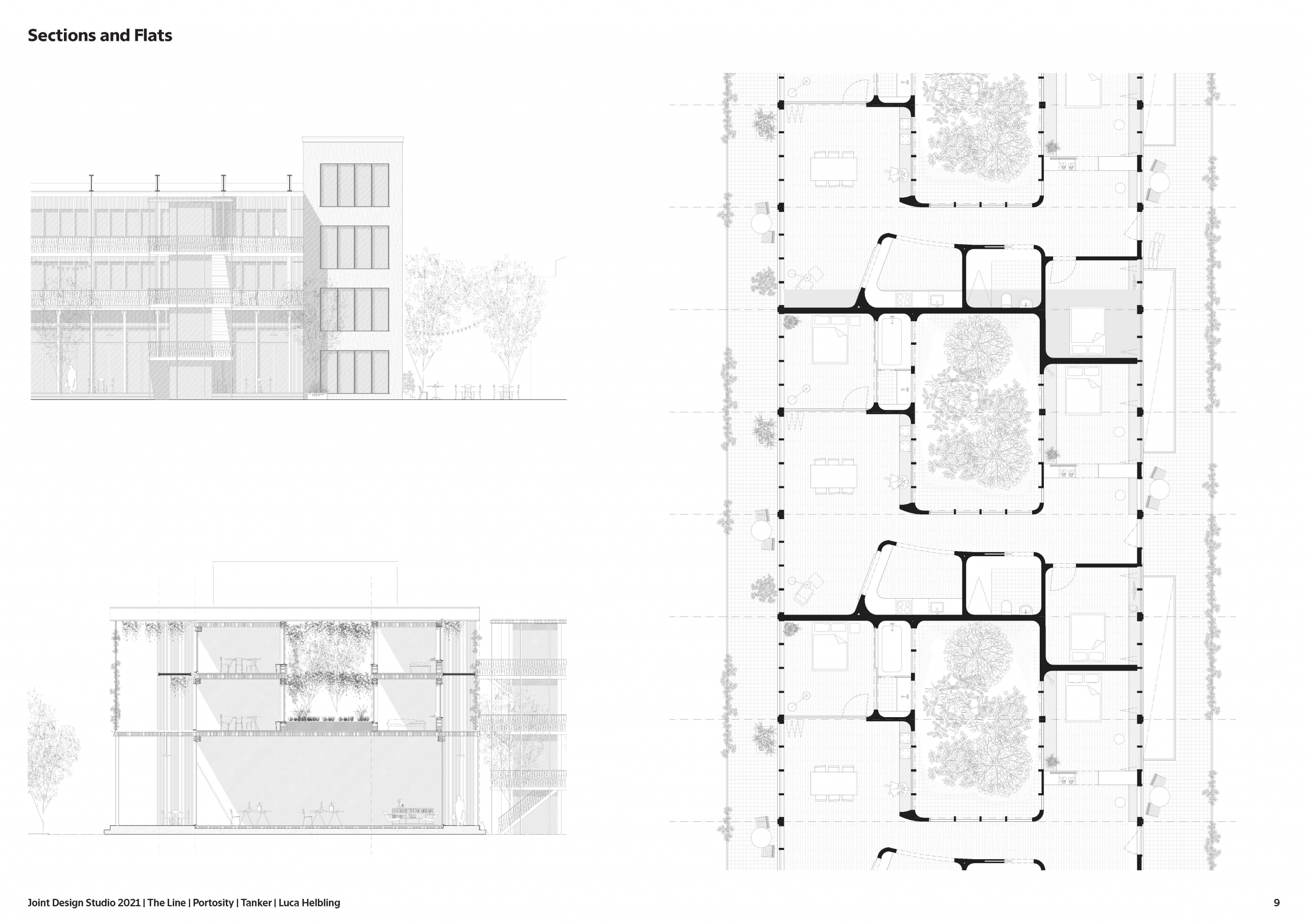 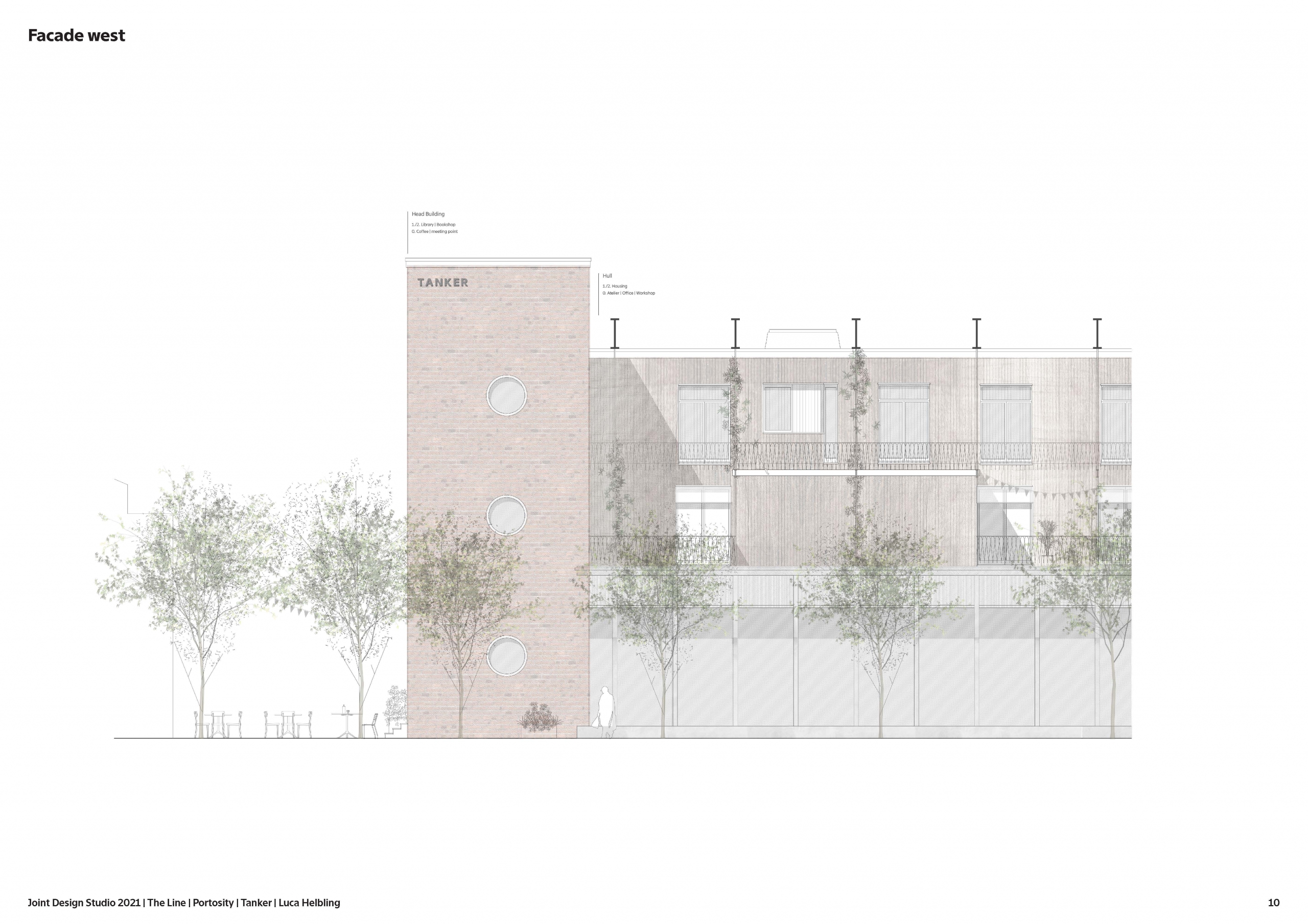 The first Building called Tanker is located in northern part. It builds the start with a head building for public use with a coffee garden and connected bookstore. Bricks clad the facade to reference to materials used in the city centre. The building is supported by a mixture of bulkhead construction and pillars. They carry the large girders on the roof from which the facades are suspended. The main port of the ground floor includes ateliers workspaces and a shop. The rooms are extending across the building from side-to-side an. On the side of the street the room ends as an arcade along barjanska cesta. On the east other side are terrasses into the quiet back for having a break. In the upper floors are the living areas with gardens on the stepped facades oriented to both sides, east and west of the building. The Gardens on the facade in the west should be a step back from the road to build a buffer zone and reduce emissions. The Flats include an inner core which serve as a supply for air and light without getting the emissions of the street into the rooms. Living and sleeping rooms are settled around this inner core. The Flats floors are accessible through the external stairwells on the back of the building. The distribution on the floor is via the outside suspended arcades. In the east there is also a pavilion for smaller events and common use. Adjacent to the existing housing in the master plan are smaller two- and one-story buildings to connect to the existing morphologies. The Tanker leads straight to the middle building which continues the Line down to the highway and the port of Ljubljana. In this part is also the road crossing located, which leads to a park on the other side of barjanska cesta to connect both sides.

The Southern Threshold: Through the Frame